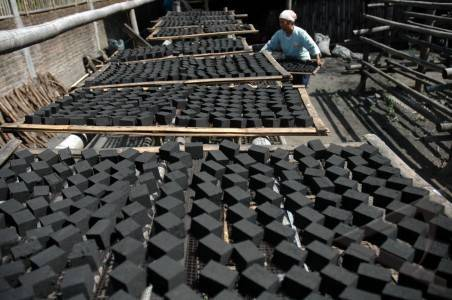 Coconut charcoal briquette Indonesia – Briquettes are an energy source derived from biomass used as oil and energy derived from fossils. Various kinds of briquettes can be made from raw materials we encounter in our daily life, such as coconut husk, rice husk, charcoal, sawdust, corn cobs, leaves, etc.

The production of briquettes takes place by pressing or compacting the process, which aims to increase the calorific value per unit area of ​​biomass to be used as alternative energy so that large amounts of energy are produced with relatively low biomass.

Coconut Charcoal Briquette Indonesia is a Potential Supplier of Briquettes

Benefits of Using Coconut Charcoal Briquettes
Coconut briquettes are generally used for cooking. People often use these briquettes to prepare different kinds of dishes, which process needs to be burnt first, such as barbecue, steak, or what we often see is grilled kebab.

In Middle Eastern countries, these briquettes are often used to consume “sisha”, a type of cigarette smoked through a device with different flavors. If you don’t know yet, you can research it yourself.

A high export market opportunity means that the demand for raw materials for coconut husks will also increase. Small and medium businesses should take this opportunity to use coconut husks. Coconut charcoal briquettes are the only market where demand exceeds supply, i.e. a lot of demand cannot be met due to a shortage of raw materials.

In order to avoid shortages and ensure the availability of raw materials for coconut husks, there is a need to sell them in the form of processed products in the future, to add more value and maintain the sustainability of the products. Indonesia’s long-term natural resources. I hope that even the Covid-19 pandemic currently sweeping the world, will not dampen Indonesian entrepreneurs’ enthusiasm to enter the export market.